SCROLL DOWN FOR THE GIVEAWAY! 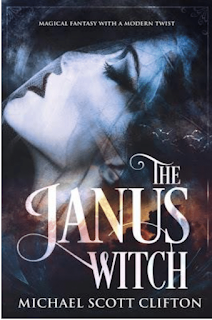 Malice vs Love
A beautiful witch, a member of a murderous coven, is torn from her medieval world and transported to East Texas. The passage leaves her with no memory of her previous life. She falls in love with a young pediatrician, but her dark past threatens to reassert itself…and make her a threat.

PRAISE FOR THE JANUS WITCH:

This novel was an absolute page turner with action and great character development. I enjoyed every minute of it. I'm excited for the next work by Mike Clifton. -- Bronwyn Pegues, Librarian, Longview Public Library

“Michael Scott Clifton weaves and casts a magical spell in his fantasy romance The Janus Witch. A must read for any Fantasy Romance, Urban Romance, or Paranormal Romance enthusiast!" -- Ranay James, Author of The McKinnon Legends: A Time Travel Series

A continuous flow of witchery and energy that kept this reader captivated until the end. -- The Electric Review, 5-Star Review

Past or Future? Nature versus Nurture.
Guest Post by Michael Scott Clifton

The premise of The Janus Witch revolves around the age-old question of environment or genetics. Which one truly drives who we are, or more importantly, what we will become? Does good parenting, or a stable and loving home life, guarantee children who themselves will become productive citizens and good parents? What about the children of felons, or worse, murderers or other violent offenders? Are they bent from birth to engage in abnormal or criminal activity?

If my thirty-eight year career in public education has taught me anything, it is this; nothing is certain, and nothing is predetermined regardless of a child’s background or parentage. I’ve seen students from good families who have been given every advantage, yet some of these same students still end up on police blotters, unable to stay out of trouble, keep a job, or sustain stable relationships. Other students come from dismal backgrounds with dysfunctional families, and even violent, abusive parents. Despite these enormous obstacles, they still find a way to succeed. I have known many who became doctors, engineers, and other skilled professionals. Most importantly, despite not having a good parental role model, they managed to become decent, loving parents themselves.

Here are some examples of famous celebrities who overcame the odds:

Oprah Winfrey grew up in poverty on a pig farm, where she often wore potato sacks for clothes. Born to unmarried, teenaged parents, she was raised by a grandmother until six, then moved to Milwaukee to live with her mother, a maid. Later she moved yet again and was sent to live with her father in Tennessee. Today, she has a net worth of $2.9 billion.

Demi Moore was born in Roswell, New Mexico. Her father left the family months before she was born. Her mother later remarried, and they lived in a succession of trailer parks. Both her mother and stepfather were alcoholics whose turbulent relationship was marked by numerous acts of violence. A high school drop-out, today her estimated worth is $150 million.

Leighton Meester (Blair Waldorf on Gossip Girl) was born in Fort Worth, Texas. At the time of her birth, her mother was serving a federal prison sentence for drug smuggling. Nursed for three months in a halfway house, her mother was sent back to the penitentiary and Leighton was raised by her grandmother until the age of eleven—when her mother was finally released from prison. Today she is worth an estimated $5 million dollars with a bright future in the film industry.

In The Janus Witch, what would be the outcome if a violent, murderous witch completely lost memory of her previous life? In fact, what would happen if on this clean slate, a man who was kind, compassionate, and loved her deeply was introduced into her life? Would this love change her? Would she respond in kind? Could this love overcome her vicious past? Which face, the past or future will she choose? Ah, there’s a good story here. Get a copy of The Janus Witch to find out. 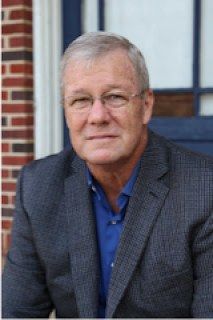 Michael Scott Clifton, public educator for over 38 years as a teacher, coach, and
administrator, currently lives in Mount Pleasant, Texas with his wife, Melanie, and family cat, Sadie. An avid gardener, he enjoys all kinds of book and movie genres. His books contain aspects of all the genres he enjoys...adventure, magic, fantasy, romance, and relationships. He has been a finalist in a number of short story contests. Clifton’s fantasy novel, The Conquest of the Veil, won a First Chapter Finalist award. Professional credits include articles published in the Texas Study of Secondary Education Magazine. Clifton’s latest book, The Janus Witch, the July Book Cover of the Month, is a featured book on the We Love Indie Books website. Currently, Clifton is completing Book I of The Conquest of the Veil, which will be released in March 2019. He can be reached at mike@michaelscottclifton.com. 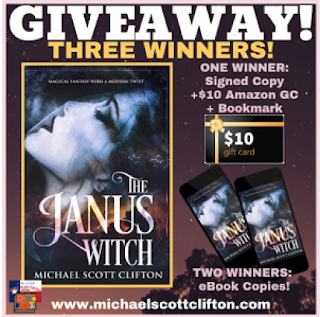 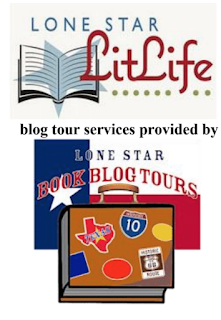