Showing posts from October, 2018
Show all

Book Review: The Dark Between Stars by Atticus 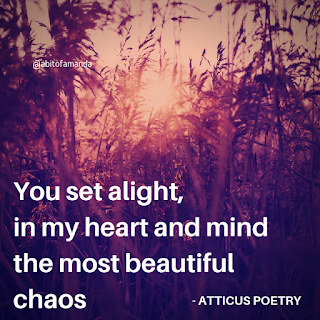 Two book reviews in one month? I'm starting actually going to become a book blogger for the Lone Star Literary Life! They are an awesome group of people who work with all kinds of Texas authors! Check them out with the button below. Anyways, the point of me telling you that was cause I will be putting out more book reviews. May twice a month, but will still have my rainy thoughts. But enough about reviews, onto the review for today. Here is my review of The Dark Between Stars by Atticus .                                  A Little Overview Atticus is a very interesting person, one that I would love to interview *cough cough.* I say interesting because he doesn't talk directly about who he is on his website or social media. But I did find this interview that you might enjoy to find out much more about him. The gist, though, is that he is a Canadian poet who started writing short poems on his phone one day when he was walking the streets of Paris and then it kind of blew
Post a Comment
Read more

A Sparkle of Silver by Liz Johnson

A SPARKLE OF SILVER Georgia Coast Romance #1 by LIZ JOHNSON    Genre: Contemporary / Romance Publisher: Revell Date of Publication: October 16, 2018 Number of Pages: 368  Scroll down for the giveaway!   Millie Sullivan plays a 1920s-era guest during tours of a palatial estate on the shore of St. Simons Island, Georgia, where her great-grandmother was a real guest ninety years ago. When Millie learns of a lost diary that may contain the location of a hidden treasure on the estate and reveal the identity of her great-grandfather, she sets out to find the truth of her heritage—and the fortune she desperately needs. But it won’t be easy. When security guard Ben Thornton discovers her snooping in the estate’s private library, he threatens to have her fired. Still, her story seems too ludicrous to be fiction, and her offer to split the treasure is too tempting to pass up. Get ready for a romantic escapade throug
Post a Comment
Read more 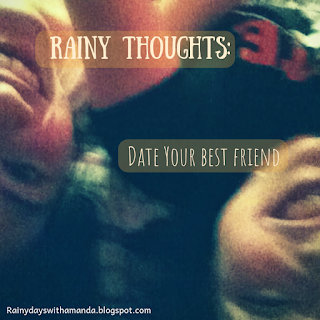 Hello everyone! Hope you are all doing swell! If you follow me on Twitter and Instagram, you may have seen that I went to see Wicked with my best friend. I wanted to see that musical with her because, well, the musical is about friendship. So naturally, I took my best friend to see it. My best friend and I have been bet friends since our junior year of high school and friends since the second grade when I went up to her and asked if she wanted to play and she looked at me dead in the face and replied, "No." What do I mean by Date your best friend? Simple. Date your best friend. Done. Do it! Trust me, you won't ever regret it. Why Date Your Best Friend?   Because you will find that dating your best friend will help you to see what you want in your next partner. When you're in a relationship, you tend to give in to what the other wants/does and you shouldn't settle. But when you date your best friend, you find out how you actually want to be treated and
Post a Comment
Read more 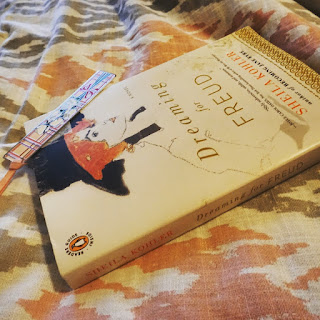 Hey everyone! Here is another book review right on time! I’ve been pretty active recently and have been dabbling myself in different things. Some things I stick to and some things are just a fad. But writing and doing this blog has been constant for the past two years, and I’m pretty proud of that!  Anyways, this is another book I found at the Dollar Tree. Here is my review on  Dreaming for Freud by Sheila Kohler. SPOILER ALERT. A Bit of Background   Sheila Kohler is a south African author. She received her undergraduate degree in literature r the Sorbonne, then her graduate degree in psychology at the Institute Catholique. After raising her 3 children, she moved in the U.S. in 1981 and got her MFA in writing at Columbia. Sheila published her first story in the summer of 1987, "The Mountain," which came out in, The Quarterly, and won her the O'Henry prize in 1988. This story became the first chapter of her novel,  The Perfect Place . Sheila published Dreami
Post a Comment
Read more
More posts