Showing posts from October, 2016
Show all 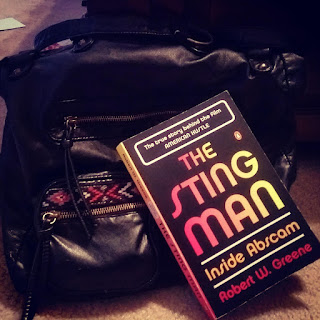 Have you ever judged a book by its cover, and then bought it? I have plenty of times! I actually found this book when I was traveling at a local Dollar Tree . Yes, Dollar Tree has books for $1! They actually have a pretty decent selection and I have actually seen the Target sticker on some of the books on the shelf. That is how I found the book I am reviewing currently. When I saw the cover, it looked like something I would read, then I saw the small Penguin Books symbol on the top right and knew it was legit. What also intrigued my interest was the "True story behind the film American Hustle ," wanted to see that  because I wanted to see that movie (which I did), and I have currently been in the whole 70's investigator movies mood. WARNING: Spoiler Alert! A Little Bit of Background First off, this book was authored by a journalist who worked at Newsday , where he headed investigative teams and won the Pulitzer Prize Gold medal twice! Abscam stood for "Arabian
Post a Comment
Read more
More posts