Hey everyone! It's been sunshine and rainbows in Texas during the day, but at night, thunder storms have been going off like crazy! Anyways, I'm half way done with school and I couldn't be more excited and terrrified (job wise) at the same time. Also, found my wedding dress (squeal). I have been in college for four years now and never have I once felt like a typical college kid in regards to food. I love to cook and frozen dinners just don't cut it for me (except pizza, mmm Totinos!).  For lunch, it's a different story, I eat what is there. So I decided to make ramen, stove top. 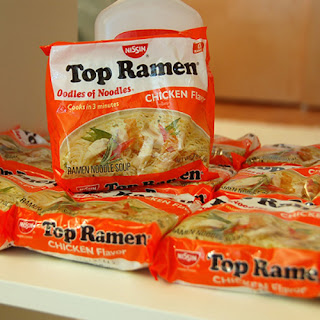 When I was younger, my mom use to cook ramen for me when I was sick or just as a lunch. When she would make it for me, she would break up the ramen into little pieces before putting it into the hot water on the stove. I use to think everyone ate ramen like this, until I went to my bestfriend's house. Her name is Shelby and when she made ramen noodles, I was surprised to see she didn't break the noodles at all! She just plopped it in there all at once.

Another incident about ramen was when I went to my fiance's house for the first time. His niece was eating ramen without the soup part!Just noodles! It then hit me, while I was cooking the ramen, that ramen can be a analogy for people.

As people, we may look different, sound different, have different background, hairstyles and skin color. But mostly all of us like to eat chicken, some put soy sauce in it, some cumin and garlic, and some with basil and oregano. No matter how we cook it, we all like the main ingredient, chicken. Thus, we are people that like the same things, but maybe just a tad different, and that's okay, because that is what makes us unique. We should be embacing and trying out how amazing these different recipes are, rather than shewing them away because they are different.

Ramen, it's more than just cheap food, it related to life. Enjoi! 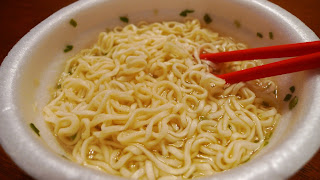