Book Review: Waiting for the Past: Poems 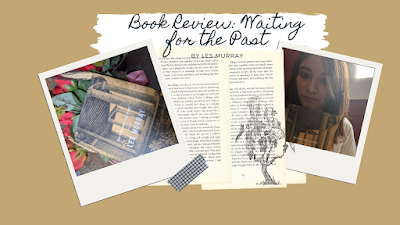 Hey everyone! It has been a very rainy spring here in Texas, escpecially these past few days. It has come to my attention that I have not done an independant book review in a while. Lone Star Literary, the organization that I write books for, is really growing and they are getting tons of new authors who want to work with Lone Star Literary and it's been great. I have been reading new books, discovering new authors and enjoying being a book blogger for them.

But I did have a short downtime period and I ended up picking up a few books at my local Dollar Tree and Waiting for the Past happened to be one of them that caught my eye. It's a pretty short book and I recently started a YouTube channel where I also review the books, so in case you don't feel like reading, here's a link.

But I picked up the book, hadn't read a poetry book in a while so thought it could stir my juices and be a great book to review while I read a book for Lone Star Literary. So here's my review on Les Murray's Waiting for the Past. 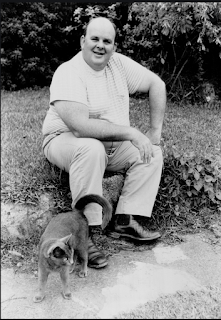 Leslie Allan Murray, or Les Murray, was born on October 17, 1938 in Bunyah, New South Wales, Australia. He attended the University of Sydney where he studied modern languages, worked as a translator and served in the Royal Australian Naval Reserve.

Murray's work has been translated into 10 languages and he was awarded the Australian Literature Society's Gold Medal and the Queen's Gold Medal for Poetry. In his time active, he created 30 volumes of poetry, including Waiting For the Past in 2015.

So like I mentioned in the beginning, I did pick this up at the Dollar Tree. I haven't bought books at the Dollar Tree in a while, but this one caught my eye. The cover is just so aestheticlly pleasing and I was even more pleased when I flipped through the pages and found this to be a poetry book.  When I looked up the author, I thought I couldn't go wrong.

Murray writes a lot about his past and how he grew up poor in Australia. This book was no exception. All poems center around Murray's experiences growing up. Since the writer is speaking from the heart, I could really feel Murray's passion for how he felt come out through his writing. His emotions were laid out and he held nothing back. Anyone who reads this book will be able to tell as well.

Although he had such good emotion throughout the 73-page book, some poems stood out more to me than others.  Here is one of those that popped out for me titled, Bread Again:


The Staff of life

the lunch of staff

It's a haiku, but. I thought it was pretty funny and the one's I really enjoyed are a little bit long for this blog, but if you watch my BookTube review, I might just say it.

While some poems were easy to follow what was happening and what it could have meant, so were not as transparent. Maybe if I read some more Australian history, I would understand a bit better, but I just didn't follow some of the poems.

I also thought this poetry book would go more chronoligal order of Murray's childhood, but it doesn't feel that way. It's more sporadict and I'm not sure if that is how he meant everything to be or not.

Overall, I give this book a 3 out of 5 stars. Some poems were great and I could feel that Murray really put his heart into his poems. I just did not personally understand the context of some of them and I wish they would have told a story more than being sporadic. If you're into poetry, you may want to check out this one out or maybe one of his other poetry books. I have read that this was not his strongest works and that he has some more powerful ones out there. If you're not into poetry books, you then you might want to pass.

Until next time, Happy Reading!