I was on a good schedule, (one week book review, one week rainy thoughts and one week author review). But this month has been hectic! One, I got married! Two, I was in Japan for a whole week! So I'm a little off schedule, but I really wanted to do a blog post about Japan. It was my husband and I's first time out of the country. It was crazy, it was weird, it was hectic and it was the best time of our lives! I'm going to try to go as smoothly as possible, but be warned! This is blog post may be long! (with video at the end). So here are the different categories I will be discussing, in case you are planning a trip to Japan:
Getting there
Day 1
Food
Culture
Disney Tokyo Sea
Akihabara
Mount Fuji/Kawaguchiko
Love Letter To Japan 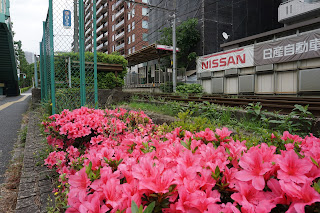 Getting to Japan felt like the longest day 2 days of our lives! First off, we actually booked our flight out of a city we were currently living in, about 5 hours away. We booked the flight before my fiance found a good job back in my hometown (and closer to his family as well). We looked into changing our flight, but it would have cost an extra $1,000 each. Instead of dishing unnecessary money, we decided to take a $2 Megabus ride to get over there and stay at a $50 Airbnb. From the Airbnb, we took an Uber to the Airport.

We used Air Canada to first take us to Vancouver. From there, we took the plunge for the 9 1/2 flight to Narita Airport. We had never been on such a long flight and I was really nervous going over the ocean. But the flight was nice. We were given two meals, one at the beginning one at the end and we were given complimentary drinks, both alcohol and non-alcoholic throughout the whole flight, which helped put down my nerves. But we made it. And thus started our first day. (half dayish). 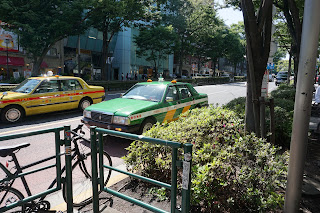 The day was actually only a few hours since we got there about 5pm. Getting out of the airport took a while. We had to go through 3 different stops to get into the country and the lines were like long caterpillars. swooping in and out and all around.

When we finally signed what we needed too, we took off. Then we stopped because we had no idea where we were going. The airport was like a bunch of ants from all over the world running around, speaking different languages, wearing different clothes. You know, if ants could talk and wear clothes at all.

Finding our train was actually not that bad. Almost all the train and subway lines are very easy to read. We were, of course, very worried about this part of our trip, but it turned out to be an easier part of it. Now the bus system is a whole different giant!

Once we got on our train and got out of the airport, it was like we stepped into a whole different world. Trees, nature, rice fields, Kanji signs galore. It was wonderful, it was beautiful, it was Japan. 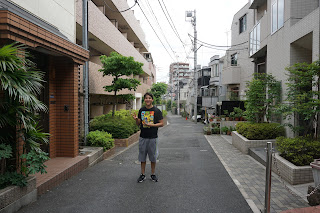 Everyone and their mother told us that all we were going to eat over there was fish and ramen. While Japan has a variety of ramen and fish, that wasn't the only things we ate.

We had really amazing pasta and fondu, some really fulfilling pizza and very greasy burgers. It was like we never left America! Besides pasta, pizza and burgers, we ate sticky rice. Lot's and lots of sticky for breakfast lunch and dinner. With a side of Miso soup of course! Rice and miso soup are the norms with to eat your meals.

Each meal was also very satisfying. We were told that the Japanese have smaller portions, but mostly everything we ate filled our appetites.

Eating Japanese food also made me not be so picky. In Japan, it is considered rude to ask for substitution or for something to be taken off of your sandwich. They might not even do it if you ask. This can seem odd, but it just means that you get to let your taste buds explore.

All in all, Japanese food is kind of like the rest of the world's food. They eat fish, beef, pork, chicken, rice and soup, just like the rest of the world. Also, if you're scared you're not going to know what you are eating, don't worry. Every restaurant has a display case of their food and descriptions on what it is your eating in English. If they don't have a display case, they will give you an English menu. It's normal. 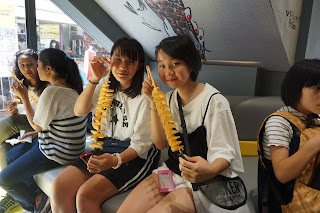 The culture in Japan is so different from the U.S. in so many ways. For one, they bow for everything. For greeting, saying goodbye, exchanging money or just saying sorry. To bow in Japan is like a firm handshake in the U.S.

Shrines and temples are everywhere! Inbetween neighbourhoods, in parks, on the outskirts and the inskirts. They are so nice to look at and explore. But if you ever go to Japan, just know it is very rude to take pictures while others are praying.

Being punctual is key. People really don't like to be late over there. When you get on the escalator, you move to the left-hand side so those who are rushing can move ahead. While we were there, one of the train stations made a public apology for taking off 25 seconds early. I wish the people in charge of the traffic lights here would do that!

Everyone usually keeps to themselves, but if you ever need help, they are all very helpful and very approachable. At least all the people encountered were anyways.

Japan is actually one of the safest places to live in the world! I believe it was ranked #2 I believe. And when I say safe, I mean safe. The whole time, I only saw one person lock their bike to something. Other than that, everyone keeps their bikes unattended without any locks or someone else watching them. And when we visited my cousin who is stationed in Japan, he had let us know that if you drop your wallet, they will go out of their way to give it back to you. And sure enough, I dropped something and a lady grabbed it and ran after me to give it back. We also saw may other's giving lost things to the people at stations or at stores. It was so nice. 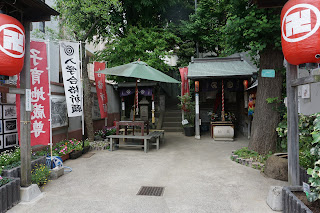 Tokyo Disney Sea was just fantastic! We went on a weekday and the lines were not long at all! At least for a Disney park. The longest we waited was a little over an hour. Other than that, lines were about 45 minutes or less.

The rides are like the ones that you can find at other Disney parks. The only difference is that they talk in Japanese. But even though they talk in Japanese, the pre-recorded songs (such as the show Fantasma) is in English. Not going to lie, it was a little funny hearing Mickey's voice in a different language. 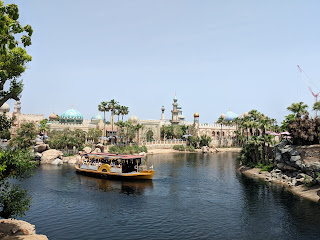 Akihabara is like an Otaku paradise! It is definitely a place of all things anime, manga, games, maids and fantasy. There were tons of figurine shops, book shops, capsule stops, anime themed cafes and any kind of merchandise you can think of. If you are any kind of otaku, then you definitely need to check this place out n your next journey to Tokyo! 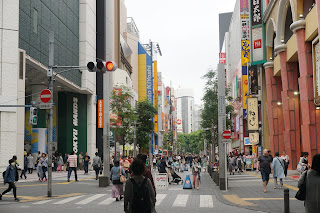 Saved the best part of our trip for last! Of course, we loved the culture, enjoyed the food and appreciated the integrated nature of everything. But my husband and I's favorite part of our trip was visiting Kawaguchiko in the Mount Fuji Region. I was the most beautiful place I have ever seen. It was like something out of a fairy tale. Something so serene and so wonderful. It was the most peaceful place I have ever set foot in and I loved every second that I was there. 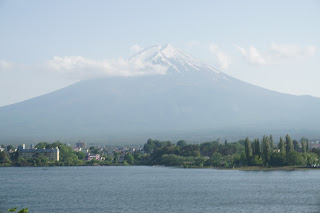 Oh, how I was taken away by your beauty and grace. Your temples of time, your foods of delicous envy and your ever presence of nature. From the moment I stepped out of the plane, I knew you were meant to be mine. Oh, how I longed to be here when I was a wide-eyed child. And now that I am n adult, it was like I was that same child again. If time could have stood still, I would be entranced forever in ever-flowing and growing gardens. But alas, as all wonderful things in the world, the trip had to end. I fell in love with you and you kept me wanting more. I'll never forget you Japan and I hope to see you again soon.