No, it's not raining this time while I write this. Though, it did rain pretty bad a couple of weeks ago south from where I live. Hurricane Harvey struck down the southern region of Texas, from Rockport to Houston, Texas. It's a pretty bad incident, one we weren't too prepared for. Luckily, Texas is known for it's hospitality.

When danger strikes us cold, it's a very tragic, yet realizational moment. During and post days of the hurricane, neighbors were and are still helping each other. There were strangers helping other strangers. People sharing their boats, their coats, directions and anything else they could. The cities that weren't affect have been collecting donations, starting fundraisers, volunteering at shelter and doing what they can.

It's really times like these, unfortunately, that bring people together. Here in Texas, people and businesses have been supporting the victims of Hurricane Harvey for days now. Local grocery chain, HEB has been sending trucks of hot meals to people down to the coast and over to the Houston area everyday. Country stars and basketball players who live in Texas have been donating. There have been huge lines down at donation destinations and cities all over are opening their doors to bring people shelter.


It's time's like these that it makes me happy to live in Texas. Though, I'm sure most states are like this. Most of the country is probably like this. Why now though? It's because we are most vulnerable. We aren't democrats or republicans, we aren't black or white, we aren't anything labeled anymore. We are people trying to get out of bad situation together. We are families trying to take our babies to shelters. We are animal lovers, trying to get our pets out of the house. We are a community. When things like this happen, we realize we are all human, and we all want the same basic needs as everyone else.


I want to also thank the people outside of Texas who have helped out during this circumstance. As a quote I once heard from one of my favorite movies, "You mess with one of us, you mess with all of us." #TexasStrong 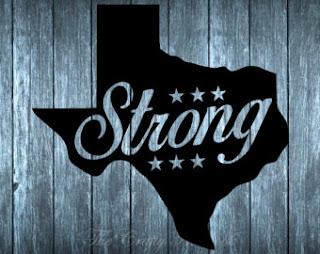