- August 27, 2017
Hi everyone! Hope all is going well! I mean to do this book review earlier, but as all things in life goes, nothing went according to plan. I just graduated and I've been crazy busy with work! I actually just got back from a small get-away (will be writing about it next week...at least that's what I'm planning!), so I have a day to actually relax and write some this book review. Now, this book is co-written by one of my favorite author's, Janet Evanovich, so when my fiance spotted it at the Dollar Tree, I knew it was a gem. Now onto the review! (SPOILER ALERT!) 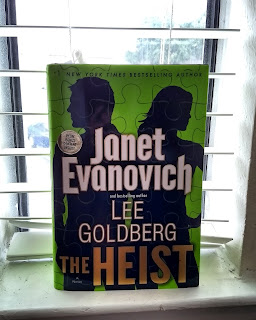 A little Bit of Background

As for the authors, I've talked a little bit about Janet Evanovich from my last reviews on her Stephanie Plum series. If you would like to look at those, here is the link to one and two. A little bit about Janet, she has been publishing books since the early 90's. Her most famous series, and my favorite, is the Stephanie Plum series that is still in continuation. She lives in Florida and continues to do what she loves, writing. As for Lee Goldberg, he is not just an author, but a screenwriter, publisher and producer. He has produced and screenwrote many shows over the years, Monk being one of his most famous.

As for the book, the premise is around FBI Special Agent, Kate O'Hare, who is constantly chasing down criminal mastermind, Nick Fox. Through some circumstances (don't want to spoil the whole thing), Kate and Nick must work together to take down a corrupt investment banker who is hiding away somewhere. Kate and Nick have to figure out how to work together, along with a cast of misfits who come along for the ride.


What Was Most Enjoyable 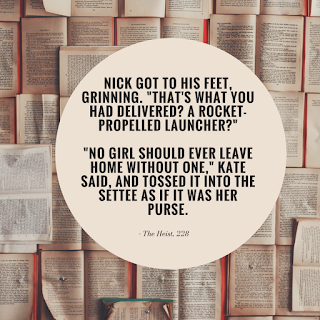 I really enjoyed this read, but there was one thing that I have to say that I did not completely enjoy.

Overall, I was happy with this book! The duo kind of reminded me of Nick Wilde and Judy Hopps from Zootopia, but I'll let you decide on that. The Heist is the first of several books from the series. I will definitely be picking up the rest of the series soon. Happy Reading! 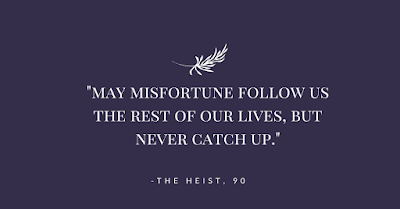