I was so excited when I heard that there was a sequel to the book, To Kill a Mockingbird. I was also excited when my fiance surprised me with this book, because I have been wanting to read it for a year now, but finally got some extra time! Here is brief review of Go Set a Watchman by Harper Lee. (Warning! You may encounter spoilers!) 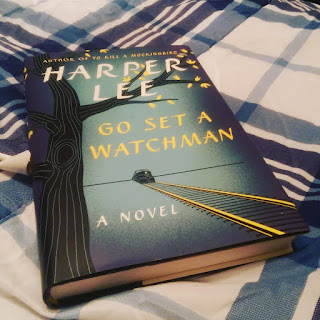 Go set a Watchman is the sequel to Harper Lee's first novel, To Kill a Mockingbird, which first was published in 1960. Even though this book is the sequel, it was actually written before the first. Publishers rejected "Watchman,"and her editor wanted her to create a younger version of Scout, rather than older. Some have also said that Harper Lee may have not wanted the book to be published, but we can never know for sure. You can read a brief article about it from Today News. This book takes place about 16 years after "Mockingbird" in about the 1950's when the civil rights movement was occurring.

Things that were Good:

The first thing that I and every other reader can really appreciate  from this book and the author, is that Jean Louise didn't change, but rather she grew up. For example, she still has her southern accent and still is rambunctious as ever, but we can see that she has grown not only as a woman, but as a person. She puts that rambunctious nature of hers, into something that she believes in, which is equal rights. She is all for the equality of people and no one can change her mind, not even her father.

The overall premise of the story is one that people can relate to right now, civil rights and equal rights. We still have this problem today, maybe not in the same way, but people can still relate to this book that was written over 50 years ago. I find it interesting how one problem back then is just a more broad problem now.

The feelings in this book are so real and so detailed that the reader will find it hard not to find an emotional connection, especially if they have read "Mockingbird." There are handfuls of moments where one can relate to, especially people coming of age. With relatable moments, comes likewise quotes:


"With her head on his shoulder, Jean Louise was content. It might work after all, she thought. But I am not domestic. I don't even know how to run a cook. What do ladies say to each other when they go visit? I'd have to wear a hat. I'd drop the babies and kill 'em" (page 80).

During this quote, Scout is getting overwhelmed on all things she might have to conform to if she gets married. I know that every girl and even guy has these thoughts at one point or another.

One last thing that I really want to address are the flashbacks. The flashbacks are not particularly from the last book, but they give more story to Scout and Jem when they were younger. Using flashbacks for this book was a nice aspect and one that a reader can appreciate.


What was least enjoyable:

I would have to say that the only unappealing aspect to this book was one chapter in particular. Chapter 14, at least to me, was one that I wanted to skip. It did not make sense to me and I still could not figure out what Jack was trying to tell Scout. I felt that the text was too wordy and too much history that a lot of readers may not know or really care to know. I just did not find this part useful in any way.


What tugged at the heart strings:

Everything! UGH! I had to make a category for this, that's how emotional this book was! Let's clear the air with Jem. I really was expecting him to be dead in this book. I was really excited to see how BOTH Jem and Scout grew up, but found myself sad to learn of his passing away so early in life. Another small, but sad aspect is the Finch house. They took it down and moved away from their land and the very place they grew up. Then there's Calpurnia, who hasn't worked for the Finch's since Jem's death. We see her in a more cooped up space in her house, with her fragile bones and white hair. One might find themselves shedding a tear in this scene. The last and most gut wrenching things,in my opinion, has to be Atticus. We know that he was already an older man back in "Mockingbird," but to see him now in this story is a little saddening. Where he once was a strong and tall, he now is cripple and showing his age:


"Jean Louise shook her head. She was too old to rail against the inequity of it, but too young to accept her father's cripplng disease without putting up some kind of fight"(Page 10).

Overall, I felt that this novel was well written and was a brilliant transition from the last novel, in terms of content and characters. This book made me happy and sad, but either way I could not put it down. There were funny quotes, such as, "Go away, the old buildings said. There is not place for you here. You are not wanted. We have secrets"(Page 111). I did notice a small typo on page 120:"Two solid hours and I didn't know where I was. I am so tired." It's not that I am a grammar nazi, it's just I found it funny. Maybe Harper Lee was actually tired in real life and put that in there. Maybe it took Lee a long time to publish this because it wasn't the right time. Maybe she knew that years down the line, society would need to read a book like this. I enjoyed this novel very much and I found it bittersweet when it ended, thought I feel that way with all the books I read.


For thus hath the Lord said unto me,
Go, set a watchman, let him declare what he seeth
Isaiah 21:6 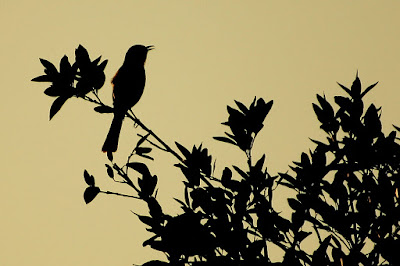